If you’ve tried playing any games with the Siri Remote, you’ve probably noticed how awkward the situation is. There are some games that lend themselves to such an input device (such as Canabalt or Alto’s Adventure) but most games just don’t work well with the remote. 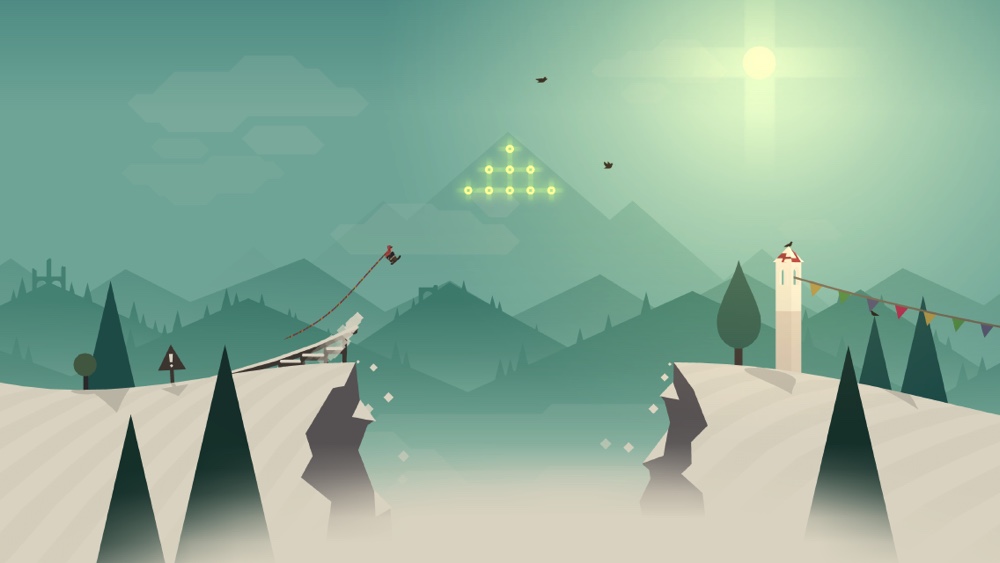 But other games are really awkward. Almost Impossible, for instance, is actually impossible to play with the remote. It's clearly not a gamepad.

So I bought one.

I purchased the SteelSeries Nimbus Wireless Gaming Controller for playing games on my Apple TV. It also works with iPad and iPhone, so I figured it would get some use.

Immediately upon taking device out of the nicely sturdy foam packaging, I noticed how good the controller feels. It definitely has a feel near the quality of Xbox / PS4 controllers. The buttons are firm, not mushy, they have a satisfying touch.

The triggers are well balanced and the shoulder buttons act & feel like they should.

The device charges with a lightning connector, which is a nice touch, as any iOS enthusiast is bound to have those all over the house.

The controller is Bluetooth, so you have to pair it with a device. This becomes sort of a nuissance if you want to use it with multiple devices, as it will latch on to the last device it was paired with. To switch, you have to go into Bluetooth settings on your iPad, iPhone, or Apple TV to connect again. The latter being the most frustrating, because it's harder to nativate settings with a remote than on your iPhone.

Once connected it prompts you to download the companion app. I did so, and also on that page listed a handful of games that work well with it.

There were a bunch of Pac-Man style games, Real Racing, and Lego Star Wars.

It should be noted that not all games have support for a controller, and there's not really a good definitive list. You just have to try them out and see.

My first attempt was to play Final Fantasy IV on my iPhone. The result was really disappointing. The lag was unbearable. 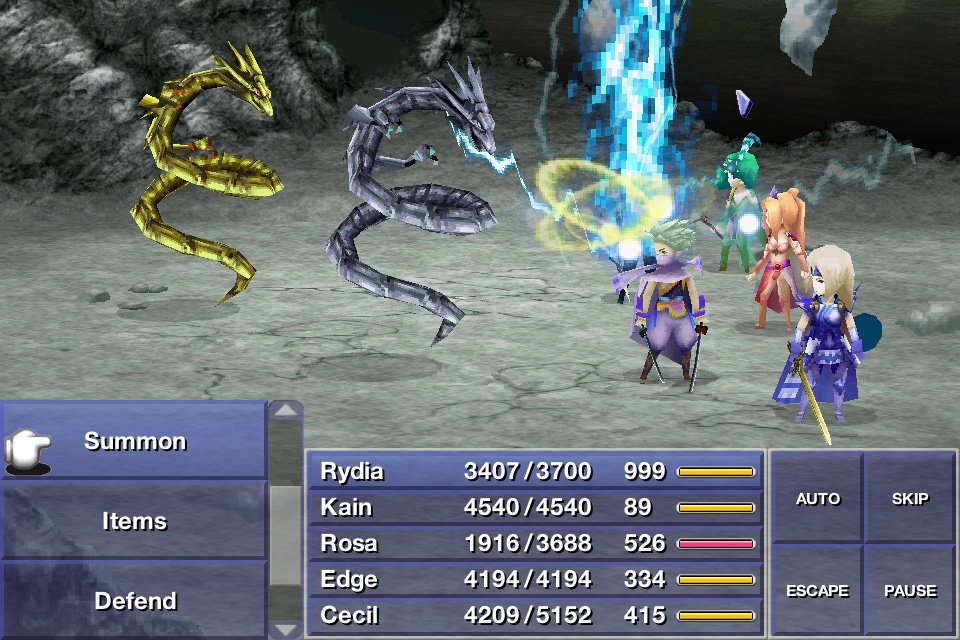 I went searching for "nimbus ios lag" and found a bunch of articles from the creators talking about how they achieved near-zero lag for this controller, so I assumed something was up.

I launched the companion Nimbus app, and it notified me that there was a firmware update and prompted me to install it on the controller. Neat! 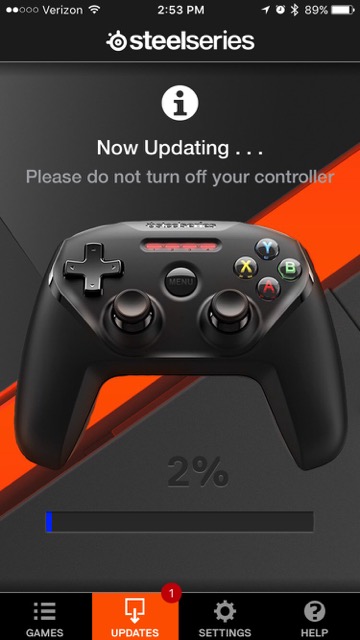 After the update I tried the game again. It was MUCH better. Still not as good as, say the original SNES controller was, but playable.

I then tried Transistor. This is a game I just couldn't get into with touch controls. With the controller I found it to be much more playable. 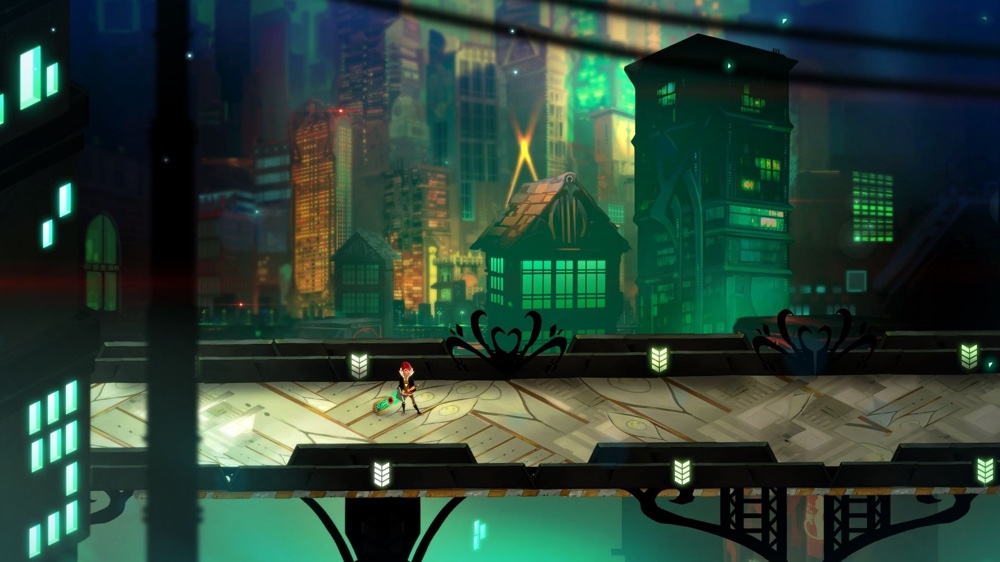 Using the analog stick to move around is just a lot easier.

If you're developing a game and frustrated by the requirement to support the Siri Remote, this is one to study. When using the remote, your character moves automatically and you just swipe & tap to interact.

With a controller, it turns into a normal platformer.

I was excited to try a racing game with the controller, but this game is just horrible. It's not at all realistic, and not really a good arcade racer either.

The Zelda-esque game Oceanhorn was really well done, but due to the touch controls I never really got into it. 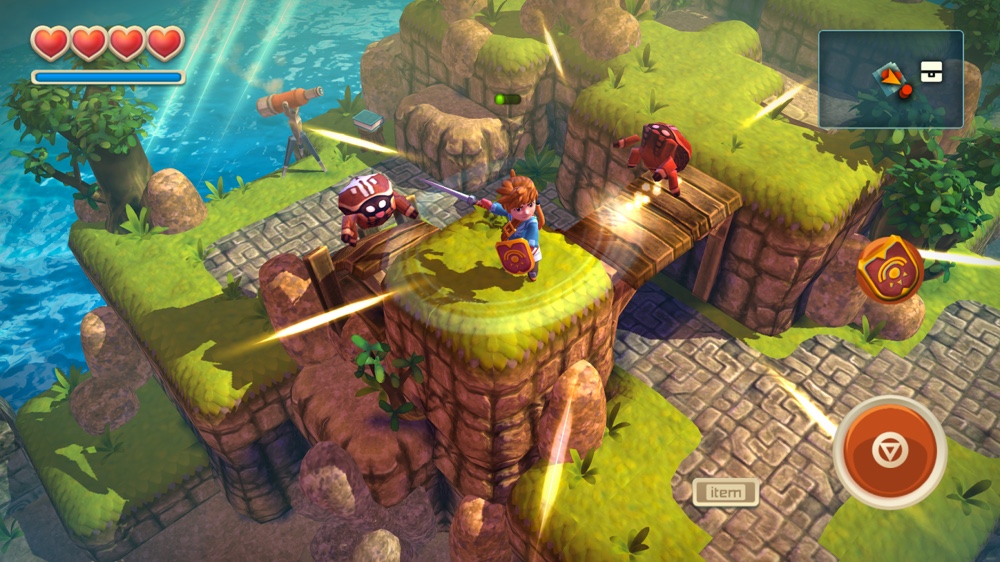 With the controller, this game feels so much better. I'm definitely going to be playing this one again.

If you have a developer account, you can install Provenance, an emulator for GBA, NES, and SNES for iOS. They have an Apple TV target, so you can build & run and get it on your device.

Using this I was able to play Contra III, Aladdin, Secret of Mana, Mike Tyson's Punch Out, and a few other games. Controls are a little awkward (Left trigger is start...?). Mostly the input is too laggy to have much fun playing these games, which is disappointing.

I tried a handful of other games, so I figured I'd list them here.

Some games will have support just due to the fact that the controller emulates the remote's buttons by default, so games like Alto's Adventure or Canabalt don't need explicit support because they are single-button games.

Is it worth it?

All in all I think this is a great feeling controller that suffers from two main issues:

I'm hoping that more games come out for the Apple TV that take full advantage of a controller, but I'm afraid this device will mostly sit in a drawer.

Oh yeah, it also acts as a remote for the Apple TV Focus engine, so you can browse around the Apple TV with it, which incidentally means that the NSScreencast app is already supported ;).

One of my clients is submitting an app to the store under a different Apple Developer account than it was developed with. This left us with about 50 devices in the old portal

The primary input mechanism for Apple TV text entry is a single thumb on a tiny trackpad. Needless to say, entering text is a nuissance. Entering complex passwords is downright painful. So painful,